R.I.P suspension: Causes of potholes and how they’re fixed 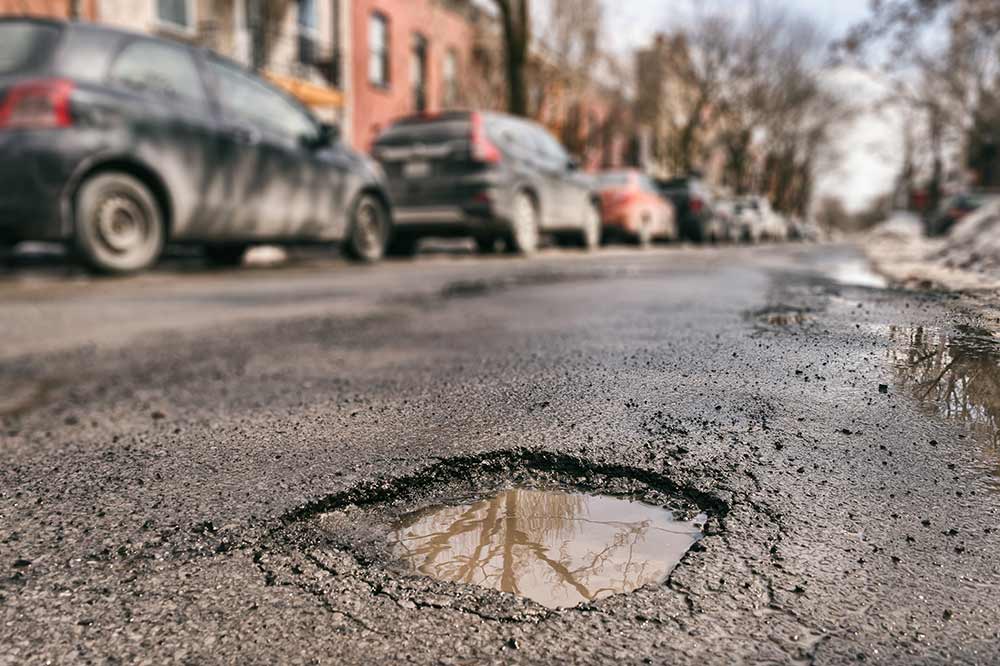 The pothole: nature’s way of bullying the struts on your car until you end up giving a mechanic all your lunch money (and then some). They seem to crop up every year, especially on Winnipeg streets, and second only to the mosquito, they just might be the worst pest in the city. But why do they happen and how are they even fixed?

How potholes are formed

It’s rare that the average person looks at an area of pavement and say, “In about a week, that’s going to be a 3-inch-deep pothole.” They seem to just appear out of nowhere. You might think that it’s the constant pressure of car tires that might wear the road down, but water is the actual culprit.

Once ground water has gotten under the pavement, it expands and contracts as it freezes and thaws — this is why we see so many potholes in the spring. Water expands when it freezes, pushing against the roadbed and pavement. Once it thaws, there is space left where ice was, so the road is weakened. As cars and trucks drive over the weak spots, they crack and bits of pavement chip away.

Even worse is the addition of salt to the recipe. Salt creates an artificial freeze/thaw cycle, since it lowers water’s freezing temperature, and adds even more opportunity for damage.

Voilà! A pothole is born.

How potholes are fixed

Unfortunately, no amount of magic fairy dust will fill a pothole (not for lack of trying). A pothole fix requires a professional hand, and the type of remedy will depend on the material that is damaged and time of year.

If it’s still cold out (as it often is during a Winnipeg spring), then a semi-permanent fix is issued. This is usually referred to as a “cold patch,” wherein cold asphalt is shovelled into the pothole and then packed down with a roller.

When the whether starts to warm up in mid-May, the asphalt plants in Winnipeg start producing hot-mix asphalt (HMA). Using HMA, a more durable repair can be made when compared to a cold patch.

Cracks are often filled with a liquid asphalt (asphalt emulsions or fiberized asphalt), which is flexible and elastic so that, as the ground shifts due to temperature changes, the fix can shift with it.

How Superior can help

Superior Asphalt’s paving experts are well-versed in all types of pavement repair, commercial or residential, and we’ll apply the best method for the job to ensure that your pothole or crack stayed filled and repaired for as long as possible.

We can seal cracks, repair driveways, repair both asphalt and concrete potholes, and we even do catch basin (sinkhole) repair.

Schedule a Consultation With Us Today